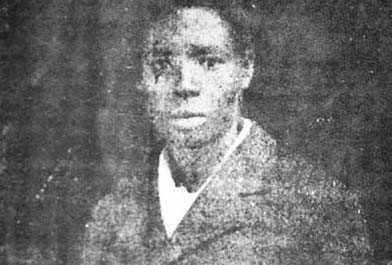 In the Indian Ocean, fifteen hundred miles east of Africa and four thousand miles west of Australia, lies an island that the Portuguese knew as Santa Apolónia, the British as Bourbon, and the French, for a time, as Île Bonaparte. Today it is called Réunion. A bronze statue stands in Sainte-Suzanne, one of Réunion’s oldest towns. It shows an African boy in 1841, dressed as if for church, in a single-breasted jacket, bow tie, and flat-front pants that gather on the ground. He wears no shoes. He holds out his right hand, not in greeting but with his thumb and fingers coiled against his palm, perhaps about to flip a coin. He is twelve years old, an orphan and a slave, and his name is Edmond.

The world has few statues of Africa’s enslaved children. To understand why Edmond stands here, on this lonely ocean speck, his hand held just so, we must travel west and back, thousands of miles and hundreds of years. On Mexico’s Gulf Coast, the people of Papantla have dried the fruit of a vinelike orchid and used it as a spice for more millennia than they remember. In 1400, the Aztecs took it as tax and called it “black flower.” In 1519, the Spanish introduced it to Europe and called it “little pod,” or vainilla. In 1703, French botanist Charles Plumier renamed it “vanilla.”

Vanilla is hard to farm. Vanilla orchids are great creeping plants, not at all like the Phalaenopsis flowers we put in our homes. They can live for centuries and grow large, sometimes covering thousands of square feet or climbing five stories high. It has been said that lady’s slippers are the tallest orchids and tigers the most massive, but vanilla dwarfs them both. For thousands of years, its flower was a secret known only to the people who grew it. It is not black, as the Aztecs were led to believe, but a pale tube that blooms once a year and dies in a morning. If a flower is pollinated, it produces a long, green, beanlike capsule that takes nine months to ripen. It must be picked at precisely the right time. Too soon and it will be too small; too late and it will split and spoil. Picked beans are left in the sun for days, until they stop ripening. They do not smell of vanilla yet. That aroma develops during curing: two weeks on wool blankets outdoors each day before being wrapped to sweat each night. Then the beans are dried for four months and finished by hand with straightening and massage. The result is oily black lashes worth their weight in silver or gold.

Vanilla captivated the Europeans. Anne of Austria, daughter of Spain’s King Philip III, drank it in hot chocolate. Queen Elizabeth I of England ate it in puddings. King Henry IV of France made adulterating it a criminal offense punishable by a beating. Thomas Jefferson discovered it in Paris and wrote America’s first recipe for vanilla ice cream.

But no one outside Mexico could make it grow. For three hundred years, vines transported to Europe would not flower. It was only in 1806 that vanilla first bloomed in a London greenhouse and three more decades before a plant in Belgium bore Europe’s first fruit.

The missing ingredient was whatever pollinated the orchid in the wild. The flower in London was a chance occurrence. The fruit in Belgium came from complicated artificial pollination. It was not until late in the nineteenth century that Charles Darwin inferred that a Mexican insect must be vanilla’s pollinator, and not until late in the twentieth century that the insect was identified as a glossy green bee called Euglossa viridissima. Without the pollinator, Europe had a problem. Demand for vanilla was increasing, but Mexico was producing only one or two tons a year. The Europeans needed another source of supply. The Spanish hoped vanilla would thrive in the Philippines. The Dutch planted it in Java. The British sent it to India. All attempts failed.

This is where Edmond enters. He was born in Sainte-Suzanne in 1829. At that time Réunion was called Bourbon. His mother, Mélise, died in childbirth. He did not know his father. Slaves did not have last names – he was simply “Edmond.” When Edmond was a few years old, his owner, Elvire Bellier-Beaumont, gave him to her brother Ferréol in nearby Belle-Vue. Ferréol owned a plantation. Edmond grew up following Ferréol Bellier-Beaumont around the estate, learning about its fruits, vegetables, and flowers, including one of its oddities – a vanilla vine Ferréol had kept alive since 1822.

Like all the vanilla on Réunion, Ferréol’s vine was sterile. French colonists had been trying to grow the plant on the island since 1819. After a few false starts – some orchids were the wrong species, some soon died – they eventually had a hundred live vines. But Réunion saw no more success with vanilla than Europe’s other colonies had. The orchids seldom flowered and never bore fruit.

Then, one morning late in 1841, as the spring of the Southern Hemisphere came to the island, Ferréol took his customary walk with Edmond and was surprised to find two green capsules hanging from the vine. His orchid, barren for twenty years, had fruit. What came next surprised him even more. Twelve-year-old Edmond said he had pollinated the plant himself.

To this day there are people in Réunion who do not believe it. It seems impossible to them that a child, a slave, and, above all, an African, could have solved the problem that beat Europe for hundreds of years. They say it was an accident – that he was trying to damage the flowers after an argument with Ferréol or he was busy seducing a girl in the gardens when it happened.

Ferréol did not believe the boy at first. But when more fruit appeared, days later, he asked for a demonstration. Edmond pulled back the lip of a vanilla flower and, using a toothpick-sized piece of bamboo to lift the part that prevents self-fertilization, he gently pinched its pollen-bearing anther and pollen-receiving stigma together. Today the French call this le geste d’Edmond – Edmond’s gesture. Ferréol called the other plantation owners together, and soon Edmond was traveling the island teaching other slaves how to pollinate vanilla orchids. After seven years, Réunion’s annual production was a hundred pounds of dried vanilla pods. After ten years, it was two tons. By the end of the century, it was two hundred tons and had surpassed the output of Mexico.

Ferréol freed Edmond in June 1848, six months before most of Réunion’s other slaves. Edmond was given the last name Albius, the Latin word for “whiter.” Some suspect this was a compliment in racially charged Réunion. Others think it was an insult from the naming registry. Whatever the intention, things went badly. Edmond left the plantation for the city and was imprisoned for theft. Ferréol was unable to prevent the incarceration but succeeded in getting Edmond released after three years instead of five. Edmond died in 1880, at the age of fifty-one. A small story in a Réunion newspaper, Le Moniteur, described it as a “destitute and miserable end.”

Edmond’s innovation spread to Mauritius, the Seychelles, and the huge island to Réunion’s west, Madagascar. Madagascar has a perfect environment for vanilla. By the twentieth century, it was producing most of the world’s vanilla, with a crop that in some years was worth more than $100 million.

The demand for vanilla increased with the supply. Today it is the world’s most popular spice and, after saffron, the second most expensive. It has become an ingredient in thousands of things, some obvious, some not. Over a third of the world’s ice cream is Jefferson’s original flavor, vanilla. Vanilla is the principal flavoring in Coke, and the Coca-Cola Company is said to be the world’s largest vanilla buyer. The fine fragrances Chanel No. 5, Opium, and Angel use the world’s most expensive vanilla, worth $10,000 a pound. Most chocolate contains vanilla. So do many cleaning products, beauty products, and candles. In 1841, on the day of Edmond’s demonstration to Ferréol, the world produced fewer than two thousand vanilla beans, all in Mexico, all the result of pollination by bees. On the same day in 2010, the world produced more than five million vanilla beans, in countries including Indonesia, China, and Kenya, almost all of them – including the ones grown in Mexico – the result of le geste d’Edmond.